Living with our Mistakes

When we bought into the Estate in 1955 there was still a home farm, which had provided milk and meat to the family when Earl Ferrers lived at the Hall.  Bob Bignall, the farmer, and his son David lived in the two houses at the top of the walled avenue, still known as Home Farm and Park View.  Below these houses there had once been iron railings and gates across the avenue and beside  them a small brick and tile building, long abandoned.

I was recently given a photograph of this building as it was when I first knew it.  Two rooms deep, with a quarry tile floor, it is tempting to think that this was a gate lodge, though I have no recollection of a fireplace.  The other two entrances to the estate have substantial lodges;  would the family have left this one unguarded?

Anyway, the building stood there, and this was in the days when cars were kept in garages.  The Bignalls had acquired cars and wanted somewhere to put them.  Conservation offices had not been invented, respect for architectural history was at a  low ebb.  With the thought that we were improving the estate we cheerfully knocked out the front and inner wall, put in sliding doors and formed a concrete apron.

The property passed to my brother’s side of the family, and has since been sold.  We cannot put the clock back, but I wish we had not done that.  Old men forget: this photograph beings it back to me, one we got wrong in those busy years. 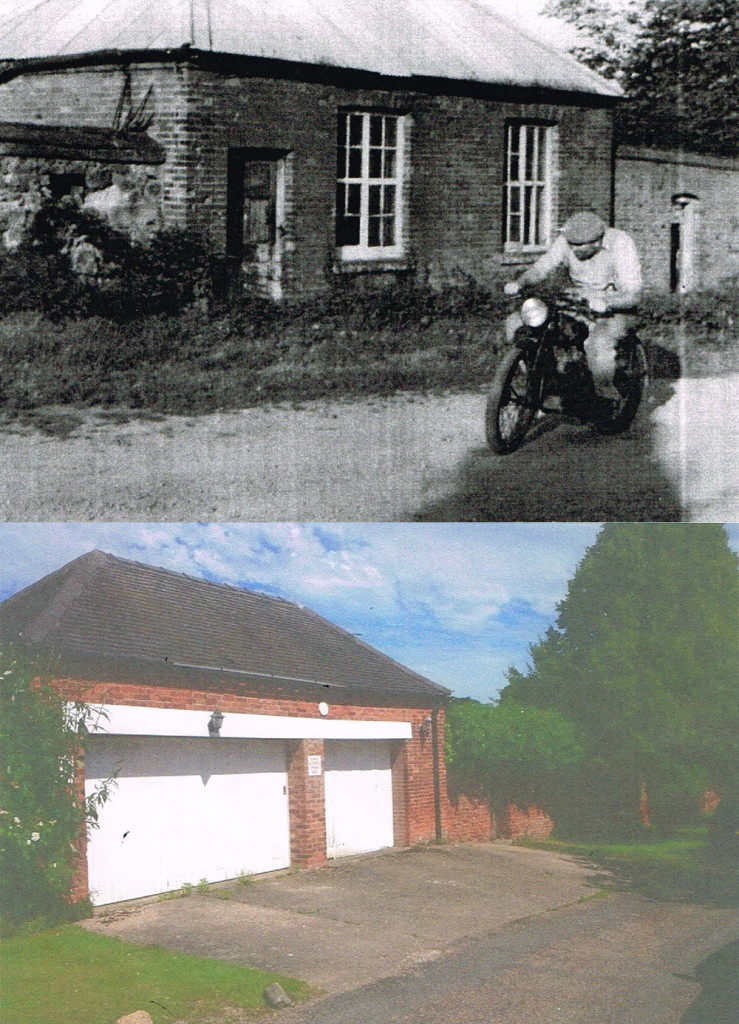